Arcadia, is an 8 -Channel sound piece produced by David Chapman and Louise K Wilson. It uses the seventeenth-century Dutch tapestry, hung in the Tapestry Gallery of Falkland Palace, as a ‘score’, creating an audio response to the fantastical scene depicted with its diverse menagerie of wild and domestic animals. The tapestry, which includes representations of deer, hunting dogs, horses, goats, peacocks, birds of prey and kingfishers as well as monkeys and lions, evokes an arcadian landscape that is peopled with a courting couple and hunters. 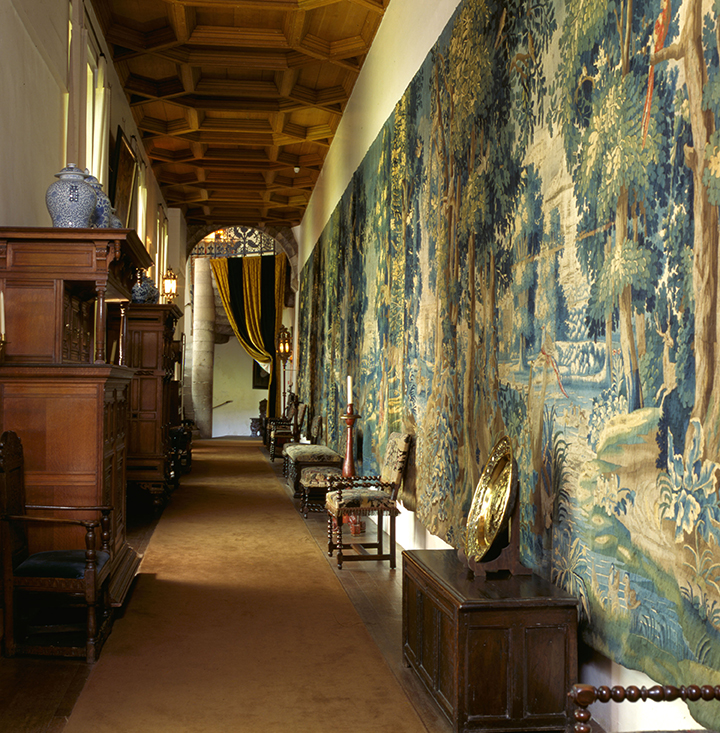 The artists  created a soundtrack which the  guests  discover as they walk the length of the tapestry, illuminating its visual elements and immersing themselves in a rich world of ambient field recordings.  These recordings have been made in numerous locations on the Falkland estate and other locations in Fife. Extracts from the hunting song Johnnie O Brairdislie are from a recording made especially by folk singer Sheena Wellington.

More information and an audio clip can be found at:

Arcadia featured in the BBC Radio 4 Documentary Hearing The Past